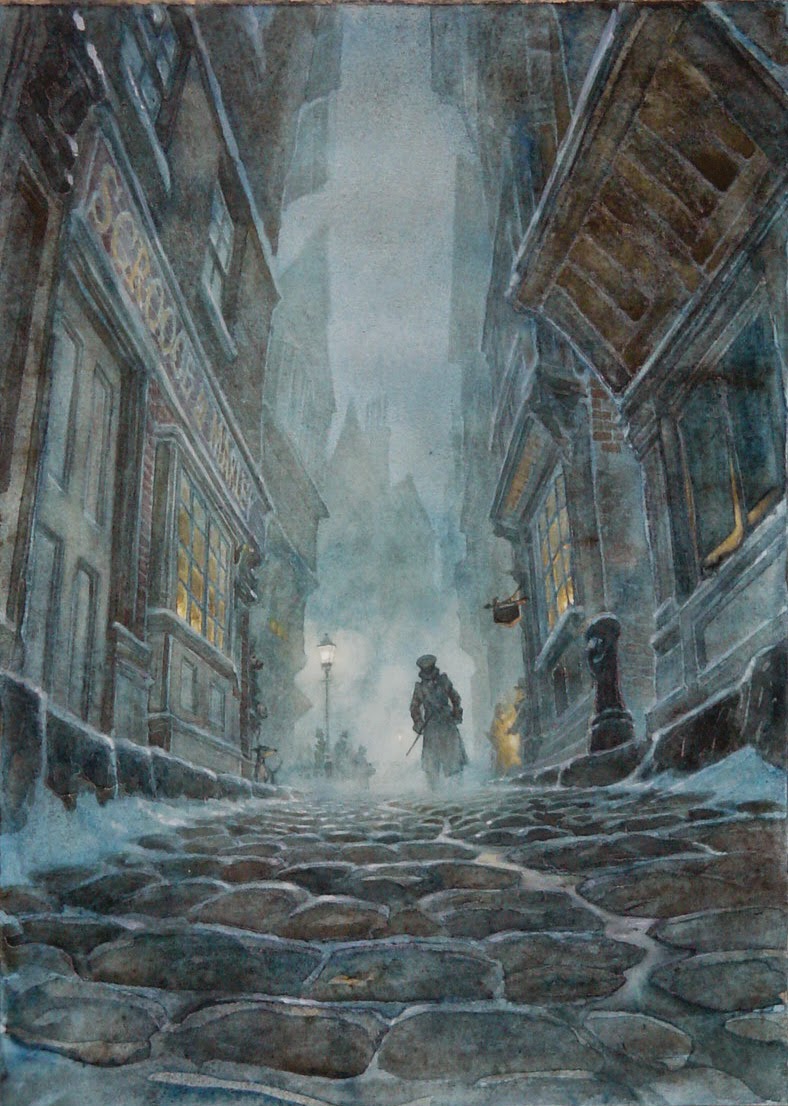 “Marley was dead: to begin with. There is no doubt whatever about that.”

With these enigmatic words begins a fable symbolizing the spirit of Christmas.

It was 1843 and the English novelist Charles Dickens surprised the world by publishing a short story entitled “A Christmas Carol” in a few weeks.
Literally “A Christmas Carol”, which set out to be short and incisive as a song, breaking through the hearts of those who have read it.

A frothy cocktail of atmosphere and mystery, of unforgettable characters and symbolic phrases, of good feelings and a social portrait of what was one of the worst (socially speaking) periods in history: the Victorian age.

The story mixes two genres together: the story of ghosts combined with the magical atmosphere of Christmas, creating a real jewel.

The choice of this setting is based (once again) on the now widespread idea that in the night between 24 and 25 December, something magical and unexpected happens. to the magical value of this night, as seen in the latest episodes of “Fairy Tale”, should no longer be surprising.

In Dickens’s case, the presence of the supernatural has a moralizing intent, since the ghosts will be the promoters of the protagonist’s repentance and, consequently, the maximum exaltation of what is the idea of ​​a truly peaceful and joyful Christmas.

The tale tells of an extremely rich and miserly man named Ebenezer Scrooge who, on Christmas Eve, receives a visit from the ghost of his old partner; he warns him that he will receive the lesson of three spirits, who will help him understand the true meaning of the festival.

This will make Scrooge a new, more loved and much happier man

The basic idea (on which the rest was later built) is that greed is coldness towards others, they are more pronounced during the Christmas period. And that this party should be a call for love and generosity.
An elaborate version of the Greek equation kalos kai agathos, that is, what is beautiful is also good, and vice versa.

For this reason, when Dickens presents the second spirit, the One of present Christmases, he symbolizes it as surrounded by many good things to eat: since the goodness of the heart is also transformed into goodness of the palate and of concrete flavors.

The first time that the Christmas Carol and art came into contact was when it was illustrated by the caricaturist John Leech.

The images he gave to the story are genuine and full of details, as told. The characters he draws are also characterized by their physical characteristics.
Scrooge and Marley are dry and angular, while, for example, the characters at Fezziwig’s party are all round and ruddy.

According to this aesthetic-literary line, those who manage to “feed” on the love of others and on holidays are happier and healthier. Also because in the 19th century, a more abundant line was a sign of good condition.

For today’s Christmas Fairy tale, The Blue Drop presents the works of a contemporary artist and illustrator.

With an incredibly refined style, his illustrations have a rather cinematic edge.

In each scene the artist is found in an elevated point or in the corner, as if he were a draftsman and narrator at the same time.

Each design is cloaked in a smoky atmosphere on the inside and snowy on the outside.

The intent could be to make each illustration, as well as a window on the scene, also a glimpse of key elements that characterize the book in its iconic uniqueness.

The Tiny Tim’s crutch, the Marley’s chains, the third ghost’s hood mute, the evil grins of happy people after Scrooge’s death, even his nightgown with the nightcap.

They are unique scenes, which tell a gothic tale that, going forward with history, becomes more and more lukewarm until it ends in the triumph of good feelings, love and generosity towards others.

Feelings that we should keep alive at Christmas. Also because the spirit never gets sick. So from The Blue Drop, a sincere Happy Christmas.

And so,at the end, as Tiny Tim observed, “God bless Us, Every One!“ 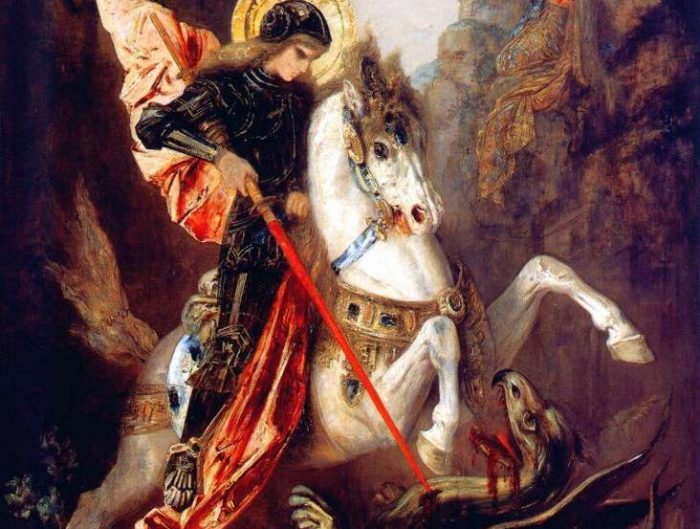 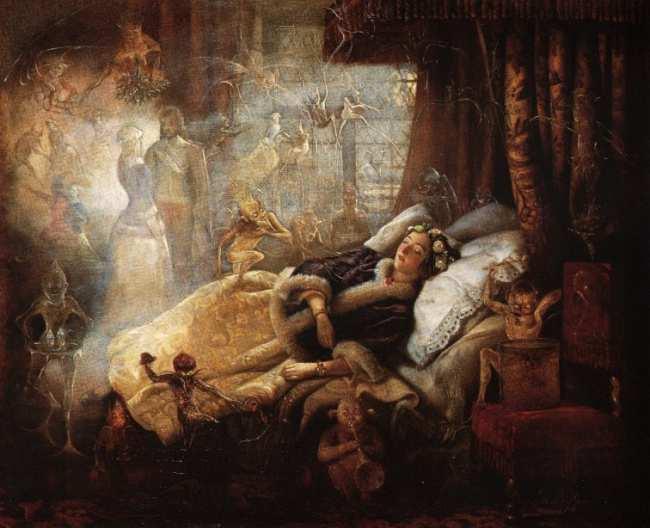 I like the valuable information you supply in your articles.

Best of luck for the following!

Spot on with this write-up, I absolutely believe this amazing site needs a lot more
attention. I’ll probably be back again to read through more, thanks for
the advice!

Wow, this article is fastidious, my younger sister is analyzing
such things, thus I am going to inform her.

Wow, this post is nice, my younger sister is analyzing these kinds of things,
so I am going to inform her.

Wow! After all I got a web site from where I know how to genuinely take useful
data concerning my study and knowledge.

Good info. Lucky me I came across your site by accident (stumbleupon).
I’ve saved it for later!

Just wish to say your article is as astounding.
The clarity in your post is just spectacular
and i could assume you are an expert on this
subject. Fine with your permission let me to grab your feed
to keep updated with forthcoming post. Thanks a million and please
continue the enjoyable work.

Thanks a lote, lovely

I’m not sure where you are getting your info,
but good topic. I needs to spend some time learning more or
understanding more. Thanks for excellent information I was looking for this information for my
mission.

Hi there! This blog post couldn’t be written much better!
Looking at this article reminds me of my previous roommate!
He continually kept preaching about this. I will send
this information to him. Fairly certain he’s going to have a
very good read. Many thanks for sharing!

Howdy! This blog post couldn’t be written much better!
Looking through this post reminds me of my previous roommate!
He always kept talking about this. I most certainly will forward this information to him.

Pretty sure he will have a great read. I appreciate you for sharing!

Very good site you have here but I was wondering if you knew of any user discussion forums that cover the same topics talked about here?

I’d really love to be a part of online community where I can get comments from other
knowledgeable individuals that share the same interest. If you have
any recommendations, please let me know. Thanks!

Thanks for the question, but personally I dont’ know it
There are certanly many blogs regarding about art and history of art, with forum discussion

Hi it’s me, I am also visiting this web site on a regular basis,
this website is really good and the visitors are in fact sharing nice thoughts.

I know this web site provides quality depending posts and other stuff,
is there any other web page which presents such stuff in quality?

Probably, why not.
There are many blogs regarding about art and history of art, symbology and other similar things

In fact when someone doesn’t understand afterward its up to other viewers that they will assist, so here it happens.

Great article. I will be dealing with many of these issues as well..

I blog quite often and I seriously appreciate your information. This article
has truly peaked my interest. I am going to
book mark your website and keep checking for new details about once per week.

I subscribed to your RSS feed as well.

Terrific article! That is the kind of information that are meant
to be shared across the internet. Disgrace on the search engines for not positioning
this post upper! Come on over and visit my web site
. Thanks =)