The Echo into the mirror

Everything in life is mystery.

The Echo into the Mirror.

I have always adored this type of suggestion, these emblematic phrases that they combine reading with reflection, suggestion and the things that find around you.

What would you say if I told you that in the reality of mine day (truly, my day at the beach) I have been prey to the same inspiration that most likely caught one of the largest, most amazing ones artists from the Surrealist neighborhood? To be honest, I haven’t written much lately. I have been prey to what they call “Summer Sadness”.

In an atmosphere like that Post Covid (or Pre Covid, according to the new matrices in place) it is difficult to think to the future or a bright future. C’est la vie, but also C’est moi aussi.

But let’s get on with our matches, from our blue drops.

Let’s talk about The Echo in the mirror.

Do you know René Magritte? If you don’t know him, you should, but only for the fac that his art is so twisted, symbolic, intimate and at the same time epiphanic, oxymoric, which represents (in my opinion) the first and perhaps more the perfect example of an art that you can just appreciate, as understanding it is really a feat. One of the most definitive syntheses of the gap between appreciating art as an end in itself and appreciating it for its content, for its meaning and for what this implies on our primary emotions.

Magritte is a Surrealist. Paradoxically, he is the least extravagant of the bunch, with an orderly life, one wife for life, a house with a garden north of Brussels and the nickname that explains it all: the quiet saboteur. What his work focuses on most is the object. A little in the manner of Duchamp, but exclusively on canvas, he takes the most common objects or the most banal people (such as a gentleman in a bowler hat) to give them a position, a context and a use completely unhinged from reality.

He does not have a psycho-analytic obsession, he does not seek contact with the unconscious, neither his own (like Dalì), nor that of the spectator (like Mirò). The its relationship with the dream is related to the illusory, smoky and validity even romantic dream. That is, he is not interested in the dream for that which would mean on a psychoanalyst’s couch, but for what the dream really is.

<<We are made of the same substance as dreams, and in space and in the time of a dream our short life is collected “>>

I think no one would be able to interpret Shakespeare’s words like Magritte, from a graphic and visual point of view. In the dream, things become absurd, objects become projection of our own arms and legs. His art is therefore defined “dreamlike illusionism”: that is, something not true, a mirage for the eye in a dream dimension. More beyond the mirror than this…

Not to mention the rhetorical metaphysics of his titles; not for nothing he is the man of this is NOT a pipe but its representation. Writing such a thing means creating an invisible and insurmountable barrier between what is the factual reality of things and the magnificently unreal, yet likely, dimension that only art can give. Such Schopenauer style!

So we talked about mirror, dream, illusion and dream image. These are topics widely covered in Magritte’s canvases. I want to start from one in particular.

Eye of heaven, all seeing. “The False Mirror“, painted in 1928; the work represents a large iris the color of a clear sky, complete with clouds. At first glance it might seem that he is looking at the viewer; however the size of the eye, which takes up the whole canvas, makes it more like a sort of window in which to literally lose sight, with no real possibility of understanding what one is observing.

When viewed from a distance, one can assimilate the idea of ​​the shiny eye as a mirror for a sky above the owner of the eye. An almost normal thing. But the title is clear. The mirror is fake. So the sky you see is inside the sclera. Is it the soul of that individual? His fantasy? Or simply its interiority.

Or maybe that’s not an individual, but something superior. Moreover, in many artistic representations, even much more archaic, the eye in the sky sees everything and knows everything.

Knowing this work, for experts in the trade, is like a textbook  affair (art textbook). What struck me most was another, less well-known work. It is called “L’Echo” and is dated 1944. The tactile difference with “The false mirror” appears immediately. The brushstrokes are flaking, the atmosphere is foggy, there is a subtle reference to Renoir’s way of painting or better still of Van Gogh. There is no trace of the steadfastness of the eye, nor of the concreteness of the clouds. But there is something in common.

Into a dormant, almost lunar landscape there are: a solitary tree, a path that leads us. A moon that appears pale from behind the charged clouds which, however, majestically move aside. And in all this, where is the the echo?

If you think about it, that echo could be a wonderful creature of the Magrittian world. A voice, without a body, without reality which nevertheless exists and which is an invisible representation of something as real as the human voice.

Now it is a simple game of ambiguous matches: if in the first painting the black pupil was the black sun of the inner sky of the mysterious divine character, at the same time the pale moon of this second work could be the same pupil of the same eye. We have two skies and two eyes. Both in contact with a world that can be both real and unreal, which can be mystery and imagination.

Only in one it says “mirror” and in the other it says “echo” But both are in a “Magrittian” way a synthesis of something true and untrue. The Echo into the mirror.

As Magritte said “everything in life is a mystery.” So at this point, it’s just a matter of words:

They are just conjugations of the same beautiful concept, in which one can believe. And if you believe it, maybe you can even see it. Why did I decide to write all this? Because if while you are looking at the sea and you see such a sky…

… you may think that perhaps the Belgian master was not so far from interpreting the world as something magical.

Good last days of summer, even if Magritte would paint it with snow. But even this will only be a dream.

The Echo into the Mirror by The Blue Drop 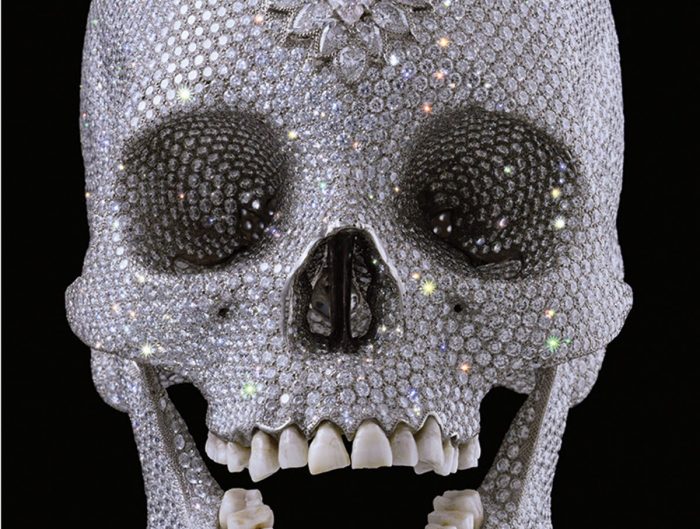 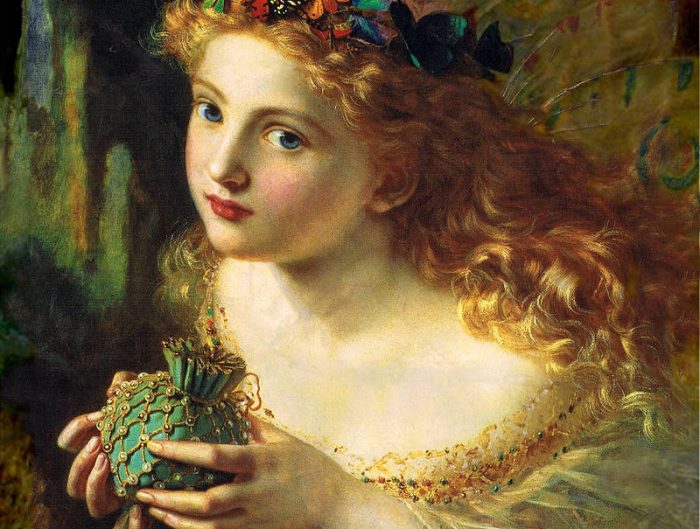