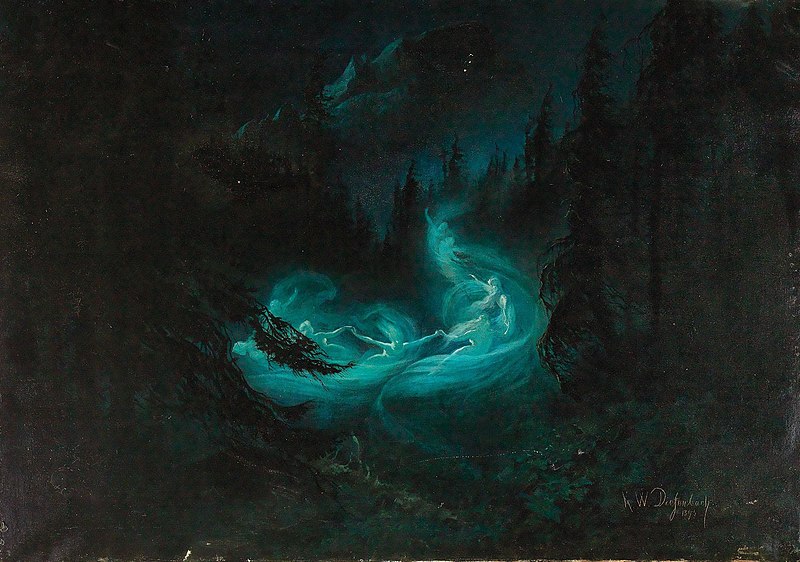 When you think of a fairy tale, the word itself refers to “fairies”.

Bright, naughty, immersed in the natural world. It is not even clear whether they are good or bad. “Bad” meant in a more naughty meaning. It really depends on the country from which the tale or legend comes.

In the Eastern world, for example, fairies are as big as a person and speak exactly like them, with the only difference in powers linked to nature and an incredible beauty.

The Irish fairies on the other hand, as in the story of “Jamie Freel and the beautiful lady” are extremely spiteful and vengeful.
Each country has its fairies just as it has its own demons.

However, there are roots in common. The fact that fairies are always somehow linked to the natural world, echoes the ancient myth of the Greek Nymphs: each of them was linked to a different element of Nature.

The word Fairy derives from the term by which the Fates were known: fatae, of fate, of destiny. Emanations of a higher power, from which there was no escape.

Another common thing is that the fairy is female.

Or rather, it is not certain whether they are women in the biological sense of the term, however the fairy is almost always a girl:

young, immortal, beautiful who in various stories falls in love with or marries the male protagonist.

Fairies are ethereal and in contact with all the elements of nature (this explains how they do not be seen). But when they are not seen, they revel in flying and play.

And this is how many artists or writers like to describe them. Because in that scene, in the concentration of their dances, their amusements, their whirling together with other creatures and sure of intimacy: That is the most magical moment.

In which it mixes with its peers and fully releases its charm and the allure of grace and mystery that distinguishes it.

In the present work, exactly this type of setting and atmosphere is sought. Magic without words, without logical explanations and without particular rendezvous of stylistic skill.

The painter Karl Wilhem Diefenbach was a free spirit, even before he was an artist.

He was utopian, vegetarian, spiritualist, in contact with nature and with himself and he loved to express in his art.

He was inside mostly tending towards Symbolism, due to the style and literary material he drew on, precisely this link between himself and the world of the supernatural.

With a typically impalpable brushstroke, without artifice and with a predilection for the play of light, Diefenbach depicts a nocturnal wood in which the only eye that is welcomed is the silent eye of a respectful artist, while the fairies dance free.

Painted with the same consistency of a ghost, the German painter is inspired by the folklore of his country. In which fairies are shy and ambiguous beings and their dancing has features in common with a demonic sabbath.

In fact, the mountain that dominates the forest seems to almost loom over them. And in general, the scene has a darker tone than a fairy tale.

But as we said last time, fairy tales very often derive from dreams. They therefore go hand in hand with the double thread of the unconscious.

This is why there are so many tales from the dark side.